← Just Pay Attention to the Data: Hillary Clinton is fundamentally Honest and Trustworthy
Change Hillary’s Campaign Slogan from “I’m with Her” to “She’s with Me.” → 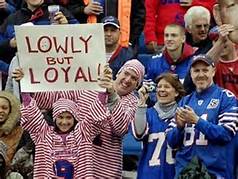 Watching citizens yell at one another during debates and political discussion has reminded me of something more than the loss of civility. It prompts me to recall the distorted communication that occurs so often during political conversation. These distortions in meaning and argument result from the ingroup mentality of belonging to a particular political party. People cling to their own beliefs as driven by reasoned analysis of the real world while the beliefs of others are the result of ideology, emotions, and biases. We easily divide political rivals into simplistic binary categories: red states or blue states, Democrats vs. Republicans, liberals and conservatives. Add to this the combustible mix of bloggers, talk radio hosts, and TV pundits and political discourse becomes hot and hostile rather than deliberative and respectful. Actually, labeling oneself as a member of a preferred group (e.g. “I am a conservative” or “I am a Democrat”) is dangerous and results in information distortions.

Party identifications are the result of people categorizing themselves as a member of an ingroup defined by certain characteristics. By categorizing myself as say “a Republican” I adopt characteristics of similar others, and embrace a list of appropriate beliefs and behaviors. I start to speak and behave in ways that I believe are consistent with my membership in this group called “Republicans.” When my group membership is coupled with motivations to enhance my own group’s self esteem, then I will produce favorable judgments and evaluations about my own ingroup, and unfavorable evaluations about outgroups. Thus, as a Republican I would consider myself a patriot and Democrats as socialists. This is a dangerous situation that produces serious errors and failings in political discourse. Let’s examine a few.

One thing that happens with strong group identification is that the social norms of that group become overly influential. If I identify as a “Democrat” then I will be more than usually influenced by how I imagine Democrats think and behave despite the merits of an issue. I will be more influenced by party membership than policy. In one research study Democrats and Republicans were given a policy statement and told that the policy was supported by either a majority of Democrats or Republicans. Subjects in the study disproportionately favored a policy when it was identified with their own political party. This means that political judgment is too influenced by group identification and not sufficiently the result of objective consideration and analysis.

Secondly, being a member of a political party causes partisans to make biased conclusions. People explain and judge political behavior on the basis of their own political worldviews. Hence, a conservative when confronted with someone from poor economic circumstances will easily attribute this to laziness or lack of ability where a liberal will cite unfavorable social circumstances. Again, the explanations for political events should be based on deep consideration of issues and more complexity (many things explain poor economic circumstances), not simply on consistency with my own group’s ideology.

Excessive suspicion and negativity toward politicians is a third bias of political party membership. During the healthcare debate Obama was called a socialist and even likened to Hitler (a strange confluence of political ideologies!). These extreme negative judgments about a politician’s character result when a politician from the other party (the outgroup) presents a position inconsistent with your own group’s position. Under these circumstances there is a tendency to exaggerate differences and attribute personal blame to the other.

Finally, political party favoritism has a strong emotional reaction because partisans are so motivated to favor their own group. For Democrats, their strong negative emotional reaction to George W. Bush diminished their ability to arrive at logical conclusions. If Bush was for something, Democrats were against it.

The healthcare debate, for example, has to be won on its merits. The above problems can be overcome by increased communicative contact with members of the other party and a widening of goals such that people see themselves more interdependently. Proper political communication is difficult and challenging but given the alternative it is a challenge we must meet.

Posted on June 23, 2016, in Communication and Conflict Resolution, Elections and tagged bias, campaign politics, Elections. Bookmark the permalink. Comments Off on How Group Membership Distorts Political Thinking and the Impossibility of Quality Political Communication.

← Just Pay Attention to the Data: Hillary Clinton is fundamentally Honest and Trustworthy
Change Hillary’s Campaign Slogan from “I’m with Her” to “She’s with Me.” →