Is this the Muslim Martin Luther?

The below was first posted in March of 2014. Thought it would have new interest given events in Turkey.

The photograph above is of Fethullah Gulen who Victor Gaetan writing in Foreign Affairs compared to the Muslim Martin Luther. Interestingly, I have been writing a little bit about Gulen recently in a book that I’m finishing up and during my research I had become a little intrigued with Gulen. You can find the article in Foreign Affairs here.

A typical descriptive statement about Islam over the last decade is that it never experienced a Reformation. It is true enough that Sufi-ism and scholars such as Said Nursi inspired new more humane schools of thought but they remain marginalized. Much of Islam, not all, is harsh and rooted in the political and military conditions of the ancient world and there has never been a moderation of these tenets by a Muslim Martin Luther. There has never been a Muslim Reformation. Martin Luther was an influential and controversial figure in the Christian Reformation movement. He was responsible for entire new lines of thinking in Christianity and set in motion a sort of enlightenment. Luther had a desire for people to feel closer to God and this led him to translate the Bible into the language of the people, radically changing the relationship between church leaders and their followers. Martin Luther is generally associated with rooting out corruption, preventing religion from being used as a tool for political power, and humanizing the church his anti-Semitism notwithstanding.

Even at the risk of exaggeration, many feel the contemporary version of the Muslim Martin Luther is Fethullah Gulen. Gulen is a Turk who has been in the United States since 1999. He has worked to promote a modern school of Islam and is an Islamic intellectual committed to secular education, economic development, democracy, and acceptance of scientific knowledge.

Gulen has taught that Islam should devote more energy to public service and be separated from politics as much as possible. His emphasis on helping others and doing good deeds in the community is consistent with much Koranic teaching and directs attention away from political organization. This is in sharp contrast to the Muslim Brotherhood whose ascendancy in the last half-century has argued that the state should be Islamic and armed struggle is a moral and spiritual obligation. Moreover, Gulen is committed to education, including science and math, and has over 1000 schools around the world with video and instructional material made easily available to students.

As you might imagine, Gulen is not popular with modern-day Islamists. He has been exiled in the United States for many years and clashed with Erdogan over foreign-policy and authoritarian politics. Gulen is a strong supporter of democratic dialogue and he has chastised Turkey and other Islamic countries for poor treatment of journalists and a failure to engage sufficient constituencies over issues such as the Gezi Park protests.

The Gulen movement upholds numerous liberal conditions such as the belief in the intellect and the fact that individuals are characterized by free will and responsibility to others. Not all of Islam divides the world up into categories such as dar al-harb (the house of war) and dar al-Islam (the house of peace) but understands humans as more coherent and integrated. A verse in the Koran states that “there is no compulsion in religion” which emphasizes the individual intellect and freedom of choice.

Gulen is both careful and brave. He will not be intimidated and continues to speak up even in the face of the easy violence that could confront him. While Erdogan continues to clamp down on Turkey with Internet censorship and control of the judiciary, Gulen continues to infuse Islam with the teachings of tolerance and democratic sensibility.

Moving Ahead with the Two-State solution in Israel-Palestine

Both the Israelis and the Palestinians have to get over their aversion to loss. This is difficult because research on cognitive processing and decision-making indicates that people fear loss more than they value gain. Both sides have tried to minimize loss rather than take the risks of possible gains. The two-state solution – whose death is premature and has been exaggerated – will require both sides to operate against their natural inclinations.

But the two-state solution is the only real answer. It’s the only way both groups maintain their identity and have the opportunity to cultivate their own history, culture, and literature. And it certainly is the only way Israel remains democratic and Jewish. There is no way Israel can be a reasonably ethical liberal state if it has to lord over a minority group that challenges the nature of the state and whose religion and national history is contrary to the state. Below is an abbreviated account of some basic assumptions and principles that will facilitate the establishment of two states. Again, for this to work both sides have to orient toward gain rather than loss. For more and related information see the Quartet report.

For some period of time after negotiated agreements the two polities will engage in trust and confidence building designed to develop an atmosphere of cooperation. The two sides will work to achieve the full potential and possibilities of neighborly relations. This will include the development, for example, of trade and educational exchanges as well as systematic efforts to learn about the other culture.

Of course, many of these will be difficult to achieve and there will always be those who claim naïveté with respect to actually solving this prototypical intractable conflict. But if you have another way, show me.

Me Talk Prettier Than You: Elite and Popular Discourse 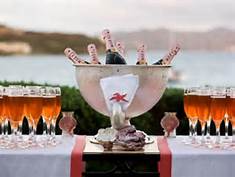 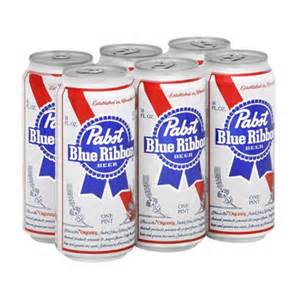 One of the divides that has emerged more starkly from the Brexit debate and the candidacy of Donald Trump is the distinction between elite and popular discourse. Just being overly general for the moment, elite discourse is most associated with the educated and professional classes and is characterized by what is considered to be acceptable forms of argument, the use of evidence, the recognition of complexity, and articulation. Popular discourse is more ethnopolitical and nationalistic. It is typically characterized by binary thinking, a simpler and more reductive understanding of the issue, and an ample amount of cognitive rigidity makes it difficult to change attitudes. To be sure, this is a general characterization because both genres are capable of each.

Still, consistent with the well-known polarization of society is the withdrawal of each side into a comfortable discourse structure where the two codes are increasingly removed from one another and the gap between them cannot be transcended very easily.

Additionally, elite and popular discourses share some different sociological and economic orientations. Elites are more cosmopolitan and popular is more local and nationalistic. Elites live in more urban centers and are comfortable with and exposed regularly to diversity. Those who employ more popular discourse tend to live in smaller towns and are more provincial. They seem to resist cultural change more and are less comfortable with diversity.

These two orientations toward language divide the leave-remain vote over Brexit and the electorate that characterizes the differences between Clinton and Trump. But this distinction is more than a socioeconomic divide that reflects some typical differences between people. It symbolizes the polarization currently characterizing American politics and has the potential to spiral into dangerous violence as the “popular” form of discourse becomes more “nationalistic.” It lowers the quality of public discourse and typically degenerates into even more rigid differences and stereotypical exemplars of elite and popular discourse. Nationalist discourse substitutes close minded combativeness for elite debate which can be passionate but is geared toward deliberative conversation that can be constructive. Nationalism is the deep sense of commitment a group has to their collective including territory, history and language. When national “consciousness” sets in then one nation is exalted and considered sacred and worthy of protection even in the face of death. Trump’s catchphrase “make America great again” or “let’s take our country back” or his appeals to separation and distinctiveness by building walls that clearly demark “us” and “them” are all examples of a nationalist consciousness that glorifies the state.

The nationalism espoused by Trump and the “leave” camp during Britain’s vote on the EU question are the primary impediments to consolidating, integrating, and strengthening democracies. All states with any sort of diverse population must establish a civil order that protects those populations; that is, no society will remain integrated and coherent if it does not accommodate ethnic diversity. At the moment, Trump’s rhetoric is divisive and representative of a tribal mentality that clearly wants to separate in many ways various communities in the US. Trump’s references to Mexicans, Jews, Muslims, for example betrays his own nationalistic sentiments.

The two ways to handle ethnic diversity are either pluralistic integration or organizational isolation of groups. Isolating and separating groups is inherently destabilizing and foment ripe conditions for violence. Building a wall and making determinations about who can enter the United States and who can’t are all examples of isolating groups. Intensifying nationalist discourse and the privileging of rights for a dominant group is fundamentally unsustainable.

This gap in the United States between an elite discourse and the nationalist discourse has grown wider and deeper. Each side snickers at the other’s orientation toward language and communication and continues the cycle by reinforcing the superiority of his own discursive position.

Comments Off on Me Talk Prettier Than You: Elite and Popular Discourse