What Do Condi Rice, Jean Kirkpatrick, J Street, and Ayaan Hirsi Ali Have in Common? 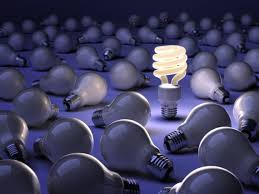 Here is a simple quiz for you: What do and J St., Ayaan Hirsi Ali, Jean Kirkpatrick, Condi Rice all have in common? Give up? The answer is all of them have been excluded, disinvited, and prevented from speaking just because they disagree with someone else. They have suffered from a political ideology and a form of political correctness in the worst sense of the word considered to be so fundamental on the part of some that deviation from that ideology amounts to heresy. Hirsi Ali is a passionate and committed human rights advocate who pays special attention to the rights of women. She was disinvited from speaking at Brandeis University because some thought she was too offensive to Islam. The same fate awaited Jean Kirkpatrick and Condi Rice two people who are little more than a slight verbal threat, but maintain clear political positions, to only those who disagree with them. The conference of Presidents of Major Jewish Organizations has excluded J Street from their organization on the basis of a description of J Street as “out of step with mainstream Judaism.” In other words, J Street is too liberal.

Leon Wieseltier’s article on J Street in The New Republic is an excellent critique of the decision by Major Jewish Organizations to deny J Street cover under their umbrella. Ruth Wisse of Harvard wrote about the closing of the academic mind in the Wall Street Journal because anyone who makes a slightly controversial statement must be vetted for ideological purity, to ensure that someone is not offended, before they can be an acceptable speaking candidate.

I grant you that civility and inclusion sometimes clash. There is a line, and I cannot define it but I know it when I see it, where including someone in the communicative process is counterproductive because their behavior or political positions are so odious as to be more destructive than constructive. But this is a decision that should be the exception rather than the rule. We must error on the side of inclusion.

The arguments and analysis pertaining to this issue are powerful and fundamental to American democratic principles as well as political theory. Inclusion is crucial if any sort of communication is going to achieve political legitimacy. Anyone potentially influenced by a decision has a right to be part of the influence process that determines the outcome.

And, as has been well established, listening to those with whom we disagree and exposure to the other side improves the quality of thinking and decision-making. Being inclusive increases the chances of moving from individual to more general appeals. A decision even if you disagree with it will be more acceptable and legitimate if it is arrived at through an inclusive process. The decisions to rebuff J Street for admission to a collection of Jewish organizations, to deny Ayaan Hirsi Ali the right to speak critically of treatment of women in Islam, and to shun Condi Rice and Jean Kirkpatrick because of their conservative values or association with some foreign-policy decision do little more than impoverished the marketplace of ideas.

Thomas Edison’s well-known quote applies equally to political rhetoric and the pool of arguments seeking consensus around an issue. Edison said the 2000 times he tried to make a light bulb were not a failure, he just learned 2000 ways not to make a light bulb. By listening to someone with a political position such as Kirkpatrick or Hirsi Ali or the position of J Street you are not diminished but enriched by exposure to the larger pool of arguments that will ultimately lead to improved understanding, or consensus, or whatever the rhetorical goal. Even the requirement of pluralism requires the ascent of citizens and for political positions to be reached by “public interest” and not the private beliefs of a few.

Posted on May 18, 2014, in Communication and Conflict Resolution. Bookmark the permalink. Comments Off on What Do Condi Rice, Jean Kirkpatrick, J Street, and Ayaan Hirsi Ali Have in Common?.