The Agony of Contentious Language in the Israeli-Palestinian Conflict 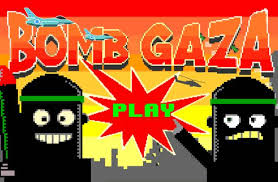 There is a tendency, even for those who know better, to think of language as a simple carrier of meaning. That is, language is the mechanism that packages up meaning and does the work of transferring it from one person to another. So we refer to the “war” in the Middle East and this term “war” carries the vast and complex array of images and meanings that attend to the concept of war. But language is a symbol system that connects a sound or visual image with meaning and this connection is tenuous and changeable. It is not stable and simple. Language not only reflects cultural differences and nuances of meaning but also” constitutes” and creates meanings. Calling the Israel Palestine conflict a “war” implies images of purposeful behavior on the part of both parties to engage in violence, identify territory that one side is defending, and images of clashes between the two sides. But this does not describe the Israel Palestine conflict very accurately.

There are two qualities of language that are pertinent here: the first is this constitutive quality of language where if I refer to something in a particular way I can influence your perception of it and “constitute” a version of reality. This is a relatively simple notion. If I use a racial or ethnic epithet to describe someone or their group I am creating an image of them. I can manipulate the importance of an issue by changing the way I refer to it. During the Vietnam War there used to be “search and destroy missions” but this made the image of the American soldier to aggressive and violent so the term was changed to “reconnaissance in force.” Labeling the unintended killing of innocents as “collateral damage” is a well-known example of constituting desired meaning. These sorts of things are not simple verbal trickery but attempts to alter how you understand an action. A recent article in the Forward noted how the situation in Gaza changed Hebrew and the Hebrew adapted to the conflict. In the beginning the Israelis referred to the fighting in Gaza as mivtza or an “operation” and not as milhama which is the everyday term for “war” in Hebrew.

So is Israel engaged in an “operation” or a “war?” The implications for word choice are clear enough. War implies a greater commitment of effort and resources along with potential existential threats and of course the legal right to benefits for soldiers of various types. This is all less true of a simple “operation.” A culture, especially the military dimension of the culture, tends to build a linguistic structure and vocabulary around its own narrative and political interests. This is fine and understandable but remains an obstacle to peace and changing the language into a structure of peace and conflict management that is necessary for resolution.

The second maddening quality of language is the obverse of its power to parse reality and define it. It is the fact that language is never sufficiently precise to describe the reality you desire; it never quite captures or always falls a little short of just what you want to express. For example, we have the words “tall” and “short.” We use these words easily and regularly and describe people who are tall” or “short.” We are comfortable with these two terms and they easily describe the realities of “tall” and “short.” But what about all those places between “tall” and “short?” What about all those portions of reality that don’t fit into “tall” or “short?” We are stuck with clumsy modifiers such as “sort of tall,” or “a little bit short.” Is the conflict in Gaza an “operation” or “a war?” And if it is something in between or “sort of” both then what language do we use to describe it? It is an asymmetrical conflict but what all is exactly included in that semantic category?

Language is powerful enough and has the ability to either stimulate or constrain conversations. Perhaps one day the structure of language around the conflict between the Israelis and the Palestinians will include some of the following: “dialogue” (the search for mutuality), “pluralism” (a recognition and respect for differences), “kiyum mishutaf” (a true shared in common experience), “Sulha” (Arab conflict resolution).

The noted political theorists Charles Tilly and Sidney Tarrow have recognized how culture laden language is. They have demonstrated how examining changes in language help understand long-term changes in behavior. In particular these two theorists have studied the language of contention and demonstrated how it can be creative and facilitative of a transformation from one state of contention to something else – namely, something less contentious.