Cultural Logics and the Israeli-Palestinian Conflict 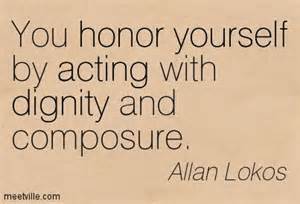 A cultural logic is a constellation of beliefs, behaviors, practices, discursive routines, and communication patterns that are organized in a particular way. This results in a logical consistency and coherence for a group of people who classify themselves as a culture. The logic of one culture may be different than the logic of another, and these different logics make for gaps of indeterminacy. The more distinct the logics of two or more cultures the more alien the other culture seems to be. Cultural logics use scripts, behaviors, and communication practices to coalesce around the theme. So, for example, some authors have identified logics that result in cultures characterized as honor cultures, or dignity cultures, or face cultures. An honor culture values people who respect themselves and are respected by society. Shame is a powerful emotion that calls for retribution and interaction and exchanges in honor cultures have strong reciprocity norms which are potentially competitive and escalating. And increasing differentiation is the consequence of violating reciprocity norms. Insults are particularly pointed in honor cultures because they are challenges to the strength and individuality of the other person. Another cultural logic results in a dignity culture. A dignity culture is committed to the conviction that individuals possess intrinsic value. Each individual is considered to be of intrinsic worth and this worth is not dependent on other people and cannot be taken away from them. A person will behave according to their internal standards

There is a cultural logic that characterizes the Israeli and Palestinian historical narratives. Every aspect of the historical narrative of both sides is catapulted toward polarization on the basis of a cultural logic driven by differentiation, separation, and negative identity which means that each side’s identity includes the negation of the other. From the delegitimization of Judaism and Zionism to the difference between expulsion and the right of return, schismogensis has been the governing logic of response to historical and social issues. The Israeli-Palestinian conflict is considered a prototype of a cultural logic driven by between-group differences and variation. Every comparison typically made between the two groups is the complementary extreme of the other. This is the result of group selection devices that reinforce within-group norms and prevent outside groups from influencing the culture of the other. There are three operational processes here (see Henrich, 2004) that have guaranteed escalating differentiation and continue to do so. These processes are first within culture pressures toward conformity. Palestinians and Israeli Jews, primarily through the military and educational systems, both press normative conformity that contributes to the coherence and stable transmission of norms within the culture. This contributes to incommensurability and makes it difficult to bridge cultures. And, secondly, there are various forms of nonconformist threats that must be confronted. Israel’s definition of itself as a security state justifies punishing within-group deviance as well as sharpening distinctions between groups and legitimizing extreme responses to existential threats. And third, persistent intergroup conflict over resources – both natural and symbolic – sets the two groups in competition with one another and exacerbates between-group social, political, economic, and nationalistic distinctions.

These difficult conflicts continue to suffer from cultural logics that perpetuate the problem. For example, the Israelis and Palestinians continue to experience power imbalance which means that a dominant group (e.g., Israeli Jews) compete with the outgroup for definitions of morality, violence, and peace with one group maintaining more military, educational, and economic resources. Again, power asymmetries cause groups to differentiate and continue the cycle of producing incommensurability. Identity conflicts are a second characteristic of these difficult conflicts and they are not resolved easily or by negotiating about tangible resources. These identity issues are particularly intense and problematic because they are more abstract and psychological in nature and based in human needs. Identity conflicts are especially complex when the sides develop negative identities; that is, when the positive identity of one side such as a Palestinian is by definition the opposite of the other side then resolving these conflicts can only happen through deconstruction of this opposition and the construction of new identities. Third, the differences between the conflicting parties represent high levels of disagreement and polarization. This is typically the result of a lack of productive contact between the two sides which results in stereotypes and misinformation that exacerbates the perception of polarized opinions. Intense emotional issues are another quality of these conflicts. Palestinians, for example, feel humiliated by the West and Israelis in particular. The sides feel victimized, disrespected, and report humiliations that cannot be reconciled very easily. Finally, these ethnopolitical conflicts result in persistent trauma and even intergenerational trauma. Exposure to violence and regular tensions including images of horror and atrocities have traumatic effects on children and spawn long-term psychological problems.

Comments Off on Cultural Logics and the Israeli-Palestinian Conflict