← Is Ending History Possible?
Individual Decision-Making Is a Rat’s Nest of Distortions →

Stories play an important role in asymmetric ethnopolitical conflicts with each side using stories to legitimize their own experiences. Sometimes stories contribute to polarization between the two sides and strengthen the tendency to exclude others and classify them as morally objectionable. But stories play a particularly important role in asymmetric conflicts because the root of such conflicts is the relationship between adversaries and the influences of culture and history on these relationships. It is stories that carry meaning and narrate culture and history. Stories are the data that conflict participants in asymmetric conflicts use to support their version of history. Consequently, stories serve as powerful expressions of subjective reality that on the one hand must be taken seriously as a picture of the lived world of the participant, but are also used as arguments that can be examined and challenged. 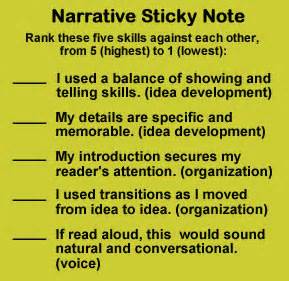 Treating stories as arguments is a powerful form of communication analysis that resonates with human experiences. For asymmetrical conflict, narrative can be a communicative technique for pursuing common interests. In other words, a narrative is a story that relates to events and people. It has a plot, a storyline, and cast of characters. When someone tells a story, even an ethnopolitical narrative characterized by loss or violence, the story illustrates a reality of their life. The narrative has personal and ideological value to the individual and represents a lived experience that must be made sensible. A story that relates a real experience is the basic mechanism for conveying the nature of reality including judgments and the truth value of certain statements. It is both an individual subjectivity that is susceptible to all of the confusions and distortions individuals are capable of, as well as a story built on argument principles. If an Israeli is listening to the story of a Palestinian and the Palestinian tells the tale of oppression and difficult circumstances, along with subplots of personal experiences concerning confrontations with the military and violence, then that story is real to the individual and subject to debate and discussion, albeit difficult debate and discussion. The same is true for a Palestinian listening to an Israeli talk about historical discrimination, the state of Israel, and the moral and legal difficulties of the conflict. The stories are part of personal experiences and representative of the different ways of speaking and knowing that must be explored in dialogue by all participants.

The high standard of argument proposed by deliberation theorists is realistically out of reach and not descriptive of actual deliberation, which is more emotional than rational and rooted in “conversation argument” rather than theoretical models of argument. In the traditional description of an argument it is a formal structure that exists independently of individuals. Hence, it is not unusual to see diagrams illustrating formal relationships about claims, data, and conclusions. But conversational reasoning, which is where storytelling that functions as argument is expressed, views communication as pragmatic. A “conversational” argument is concerned with presumptive reasoning rather than logic.

Presumptive reasoning is based on pragmatics and draws conclusions from context in general usage of the term rather than from formal structure. This type of conversational reasoning is statistical in that it assumes a certain relationship exists. For example, I might say John (x) supports government welfare programs (A) and is therefore a Democrat (B). The relationship between (A) and (B) is presumptive or statistical in that the association is defensible but certainly not logically required. There are situations where (A) is not (B) and there can be conversational inconsistency. Certainly the idea of “supporting government programs” and “being a Democrat” can be definitionally inconsistent.

Reasoning processes like these develop their own standards of defensibility. The form of argument that occurs in everyday interactions is not dependent on logic but is informed more by how people reach acceptable conclusions. It is a frequent and persistent form of communicating between members of asymmetric groups. The presumptive relationship between supporting government welfare programs and being a Democrat will change over time and be influenced by many communication variables including contexts. The implications of this relationship between (A) and (B) and the questions and critical inquiry it stimulates are central to the deliberation process. Various psychological factors and levels of commitment will also influence deliberative communication. One could believe in the presumptive relationship and be emotionally committed to it even though it is indefensible on numerous evidentiary grounds. Arguments can be more easily inconsistent as well as failing to meet principles of proper inferential reasoning but still be influential. This is the nature of stories as argument.

Posted on September 25, 2015, in Communication and Conflict Resolution and tagged Argument. Bookmark the permalink. Comments Off on Stories as Arguments.

← Is Ending History Possible?
Individual Decision-Making Is a Rat’s Nest of Distortions →