How the Two-State Solution Can Work

Below is a set of ideas related to how a two-state solution can work. It is presented by Professor Cohen-Almagor 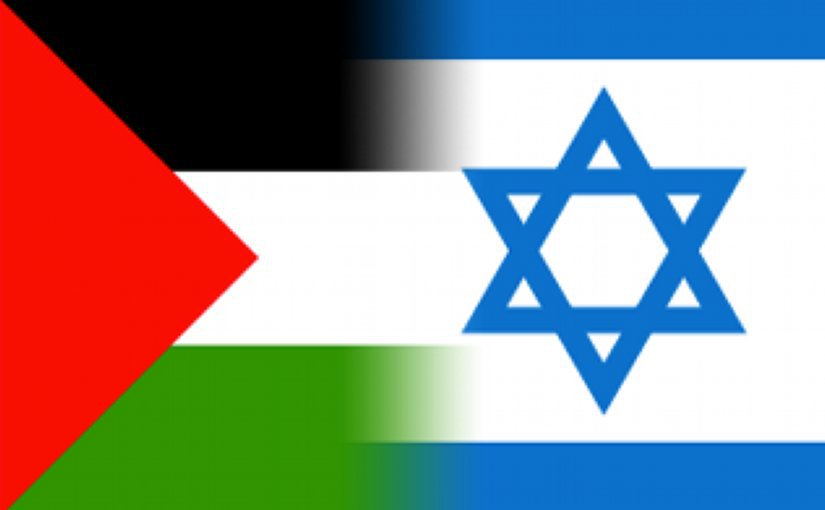 The recent monthly Peace Index of the Israel Democracy Institute and Tel Aviv University, published in September 2018, finds that half of the Jewish Israeli public thinks that Palestinians deserve an independent state, while (43%) think they do not. Analysis of the Jewish sample by age shows that support for a Palestinian state increases with age: among those aged 18-34 only a minority (35%) supports the Palestinians’ right to a state, 54% of those aged 35-54 support it, and in the oldest age group a 61% majority supports it. Arab-Israelis believe unanimously (94%) that Palestinians are entitled in principle to an independent state of their own.[1]

47% of Jewish-Israelis support signing an agreement based on the formula of two-state solution while 46% answered that they do not. Among Arab-Israelis, 73% support such an agreement. 83% of Jewish-Israelis thinks that “the Palestinians must recognize Israel as the nation-state of the Jewish people before peace talks with them can be revived.”[2]66% of Jewish-Israelis agree that “most of the Palestinians have not come to terms with Israel’s existence and would destroy it if they could.”[3]This rate has remained more or less constant, with slight fluctuations, since the first Peace Index survey was conducted in June 1994.

The Palestinians aspire to have an independent state in the 1967 borders, with Arab Jerusalem as its capital and a substantial return of refugees to Israel. The Israelis wish to retain the Jewish character of Israel, being the only Jewish state in the world. Both sides wish to enjoy life of tranquillity and in security, free of violence and terror. Both parties should explicitly accept UN Security Council Resolutions 242,[4]338,[5]and 1397[6] and then begin their full implementation. The endgame will be based on the following parameters:

Palestinian sovereignty – will be declared and respected.

Capital – each state is free to choose its own capital.

Borders– These should be reasonable and logical for both sides. Settling the conflict would give Israel greater international legitimacy to fight terrorism and enable it to deal with the more serious emerging threat from Iran.

Israel will withdraw to the Green Line, evacuating settlements and resettling the settlers in other parts of the country. The major settlement blocs — Ma’ale Adumim, Givat Ze’ev, Gush Etzion, Modi’in Illit and Ariel –- which account for approximately 70% of the Jewish population in the West Bank and for less than 2% of its size, may be annexed to Israel upon reaching an agreement with the PA of territory exchange that will be equal in size.[7]Border adjustment must be kept to the necessary minimum and must be reciprocal.

Territorial contiguity– a corridor would connect the West Bank and the Gaza Strip to allow safe and free passage. As long as peace is kept, the road will be permanently openand solely Palestinian. No Israeli checkpoints will be there. Palestinians will not be able to enter Israel from this corridor, nor shall Israelis enter Palestine from the corridor. Palestine will ensure that this safe passage won’t be abused for violent purposes. Such abuse would undermine peace and trust between the two parties.[8]

The Separation Barrier creates a political reality. It should run roughly along the 1967 mutually agreed borders.

Security– Both Israel and Palestine will take all necessary measures to ascertain that their citizens could live free of fear for their lives. Security is equally important for both Israelis and Palestinians as this is the key for peace. Palestine and Israel shall base their security relations on cooperation, mutual trust, good neighborly relations, and the protection of their joint interests.

The Palestinian state will be non-militarized. This issue was agreed upon in 1995. Also agreed upon were joint Israeli-Palestinian patrols along the Jordan River, the installation of early warning posts, and the establishment of a permanent international observer force to ensure the implementation of the agreed security arrangements. The early warning posts will be periodically visited by Israeli security officers but they won’t be permanently present on Palestinian soil. If there is a need for a permanent presence, this would be trusted to an agreed-upon third party.

Haram al-Sharif– On March 31, 2013, aJordan-Palestinian agreement was signed between the PA and Jordan, entrusting King Abdullah II with the defense of Muslim and Christian holy sites in Jerusalem.[9]While Jordan may be a party to any agreement concerning the site, a broader arrangement is welcomed. As agreed by Abbas and Olmert, it will be under the control of a five-nation consortium: Palestine, Israel, Jordan, Saudi Arabia and the United States. The Waqf will continue its administration. Jews will enjoy right of access. Excavation for antiquities may be undertaken only with the full agreement of both sides. Similarly, alterations to the historical structures and foundations can be made only upon the consent of both sides.

Education – Israel and Palestine will institute a shared curriculum on good neighborhood, understanding cultures and religions, respect for others and not harming others. This education program will commence at the kindergarten and continue at primary and high schools. In every age group vital concepts for understanding the other will be studied. This program is critical for establishing peaceful relationships and trust between the two parties.

Incitement– Both sides need to clean up the atmosphere, fight bigotry, racism, incitement and hate on both sides of the fence/wall. This includes a close study of the education curricula in both the PA and Israel. Both sides need to overhaul their school books, excluding incitement, racism, bigotry and hate against one another.[10]The curricula should reflect a language of peace, tolerance and liberty. Both sides should utilize the media to promote peaceful messages of reconciliation and mutual recognition.

Prisoners– As an act of good will, part of the trust-building process, Israel will release a number of agreed upon prisoners. With time, as trust will grow between the two sides, all security prisoners will return home.

Refugees and their right of return– This is a major concern for both Palestine and Israel. For Palestinians, this issue is about their history, justice and fairness. For Israelis, this is a debated issue, where many Israelis are unwilling to claim responsibility for the Palestinian tragedy and most Israelis object to the right of return as this would mean the end of Zionism. The issue is most difficult to resolve as the original refugee population of an estimated 700,000-750,000 has grown to 4,966,664 refugees registered with UNRWA at the end of November 2010. About 40% of the refugees live in Jordan, where they comprise about a third of the population; another 41% are in the West Bank and Gaza, 10% are in Syria, and 9% are in Lebanon. In the West Bank, refugees constitute about one-third of the population while in Gaza they comprise over 80% of the population.[11]

Israel and the PA have been arguing endlessly about this issue as a matter of principle without examining by surveys how many of the refugees and their families actually are intended to return to Israel if this option were to be available to them. What needs to be done is twofold: first, Israel needs to recognize that it has a shared responsibility with the Palestinians to solve the problem. Israel needs to honestly confront history, refute myths and acknowledge the role it played in the creation of the refugee problem. Second, there is a need to identify the population, establish the numbers, and after mapping the refugee population conduct a survey among them that would include the following options:

The 1948 Palestinian refugees will be able to settle in Palestine. The rest of the world is legitimate to set immigration quotas for absorbing Palestinians who apply for settlement in their designated choice of country. Unification of families should be allowed in Israel on a limited quota annual scale. But massive refugee return to Israel will not be allowed. This dream should be abandoned. An international tribunal of reputable historians and international lawyers, including equal representatives of Israel and Palestine, will determine the level of compensation. If needed, Israel and Palestine may establish an international relief fund to which humanitarian countries that wish to see the end of the conflict contribute.

Termination of the conflict– following the signing of a comprehensive agreement covering all issues and concerns, an official statement will be issued declaring the end of the Israeli-Palestinian conflict.

Four Party Permanent Team – Egypt, Israel, Jordan and Jordan will maintain a permanent organization that will meet periodically to discuss concerns and resolve problems amicably. This forum will discuss issues such as the Gaza ports, economic development, water, tourism, security controls along the Jordan River, security concerns in Sinai, counter-terrorism and counter-radicalism.

To resolve the Israeli-Palestinian conflict there is a need for courageous leaders on both sides who seize the opportunities presented to them and make the most for their peoples.

To erect peace, it is essential to have trust, good will and security. It would be far-fetched at present to hope for peace in the short term. We should have little illusions about peace, at least so long as Hamas is determined to wipe Israel off the map. Israel does not even appear on Hamas maps. Israel should aspire to enter a long-term interim agreement; to build trust; evacuate isolated settlements; consolidate economic conditions for Palestinians; bolster security on both sides; stop enlarging existing settlements; dismantle checkpoints to make the lives of Palestinian civilians easier; develop the nautilus Iron Dom against rockets and other anti-rocket mechanisms. Finally, international cooperation is required to lift the existential Iranian threat.

[8]See Protocol Concerning Safe Passage between the West Bank and the Gaza Strip Signed in Jerusalem on October 5, 1999, http://www.israel.org/mfa/foreignpolicy/peace/guide/pages/protocol%20concerning%20safe%20passage%20between%20the%20west.aspx

Comments Off on How the Two-State Solution Can Work