How to Make Friends 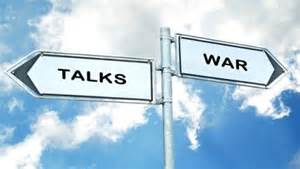 Changing the attitudes, beliefs, or values of someone else has always been a central research concern in the social sciences. Theories of social influence, group decision-making, contact, and conflict resolution are all concerned with solving problems or getting one party to change in an effort to redress differences or keep the peace. Douglas Stone, Bruce Patton, and Sheila Heen in their book, Difficult Conversations, write about strategies for talking to one another when the subject is anything you find difficult to deal with. This could be political opinions expressed in a newspaper or relational issues between couples concerning gender, equity, or housework.

In my own book, Fierce Entanglements: Communication and Ethnopolitical Conflict, I write about difficult conversations between ethnopolitical groups where ethnicity and religion are implicated and the conflicts are contentious and intense with deep implications for identity and nationalism. So this issue of change or solving problems runs the gamut from mundane micro issues to politically significant macro concerns.

We see this distinction expressed in the realm of politics in the contrast between those with a slow hand and diplomatic sensibilities who search for common ground and invoke a strategy of engagement, compared to those who carry a bigger stick and keep an opponent in check out of fear or raw power. Scholars continue to argue over the basic theory here about whether or not reaching out to opponents and overtures of engagement and mutual reciprocity actually have any effect on adversaries, or whether or not a strong stance forcing adversaries into submission is more effective. This question is even more interesting when posed as an option for dealing with strong autocratic forces that have little history of democratization or facilitative engagement. The oppositional stance differences between Obama and Trump is an example.

But I would argue that the historical record, and the brunt of research efforts, clearly favors a strategy of accommodation rather than intimidation – a strategy of communicative contact and reciprocity. During the last few decades in the United States those with a more confrontational stance have claimed they favor engagement and reciprocity but demand conditions be met first by the other side such as democratization. Telling Iran or some ethnopolitical group they must democratize before the US will engage in respectful reciprocal relations is a grand goal but pretty unattainable. There are reasons to engage the other side without requiring them first to be more democratic.

For example, business relations and interdependent economic and financial exchanges are typically thought to be a form of rational engagement that promotes cooperation and has economic benefits. The standard thinking is that such economic arrangements promote peace and rapprochement, but there are arguments for the other way around that peaceful and cooperative relationships must come first and business exchanges follow. Clearly, a politician like Obama was attacked for referring to such a strategy and called “weak.” In fact, it went further than that because Obama was described as putting the country in jeopardy and subjecting us to disrespect.

But cautious engagement is better than mutual hostility that can escalate at any moment. Surely, cautious engagement requires the participation of both sides and reciprocity and this will take time. These “difficult conversations” must be developed and nurtured along a pathway to peace and their complexities are many. But still, by the standards of history and scholarship it is better than the alternative.

Comments Off on How to Make Friends

One introduction to these issues by Miles Hewstone appears here. It is a YouTube video and worth checking out and I don’t think you have to watch it all.

Various analyses (especially Pettigrew and Tropp, 2006) clearly support the effectiveness of intergroup contact for improving attitudes towards outgroups. Communication scholars concerned with these matters are enthusiastic about the role of contact and its ability to improve attitudes and intergroup relations. The word contact, by definition, implies communication. Such communication does not have to be particularly systematic or controlled, and can be anywhere along a scale from spontaneous and unplanned to highly designed, but some sort of communication is implicated. Contact means interaction in the broadest sense.

But during conflicts it is relatively common knowledge that a few people cause a lot of trouble. The majority of a group might desire resolution and be genuine about achieving it but have their efforts thwarted and undermined by a few extremists. It’s easy enough to understand contact as effective for people who genuinely want to work out problems and solve difficulties. But what about the highly ego involved, intolerant, prejudiced, ideologically oriented person who is resistant and inflames others? This would be the “difficult conversation” that I have written about before; these difficult and ideologically oriented people are the “Fierce Entanglements” that characterize intractable conflicts in particular.

Typically, we assume that successful contact with highly prejudiced people is difficult given their intolerant nature but, on the other hand, there are strong theoretical reasons for believing that the contact experience should be beneficial to desired attitude change for the particularly intolerant. Contact reduces anxiety and increases empathy and is clearly capable of reducing anti-outgroup sentiments. The establishment of even a minor social relationship begins the process of including the other in the self which helps undermine the forces contributing to intolerance.

The research is pretty consistent with respect to the value of contact whether prejudices are minor or major. Hodson in 2011 explained that individuals with intolerant attitudes and who had few outgroup contacts were particularly negative in their prejudicial attitudes. But those with more prejudices benefited from increased contact. Examples were prejudice heterosexuals who had contact with homosexual, White prison inmates who formed relationships with Black prison inmates, and those with more intolerant attitudes all benefited from communicative contact with target outgroups. Contact, the explanation goes, increases empathy and psychological closeness to the outgroup. It also moderates the effects of those factors that intensify prejudices such as the sense of threat. Prejudice whites consider Blacks threatening as do prejudiced heterosexuals feel threatened by homosexuals.

It is gratifying to know that contact relevant issues such as threat and anxiety are associated with the effectiveness of communication. If it were not possible to improve attitudes after a communicative encounter through the mediating variables then the contact hypothesis would be in question.

Practical considerations dictate turning our attention to getting people to the actual experience of contact because although authoritarian and high dominance people benefit from contact they tend to avoid it. This articulates nicely with the main problem of managing intractable conflict which is getting people to the table talk to one another in the first place. The most intolerant are the ones who most need contact but also most avoid it. It certainly is not surprising that the intolerant avoid contact because if they were the type of people who sought out diverse contacts they would not be intolerant in the first place. It’s comparable to someone who is sick or has troublesome symptoms but avoids medical care.

Contact designed for positive outcomes must direct its attention to the prejudiced person, and away from simple outcomes such as attitude change and begin to examine other issues that might be political or economic but are more directly relevant to conditions that foster the reality of contact. Communication works, but you have to get people to the communication table first.

Comments Off on Communicative Contact Works on Even the Toughest Cases