Why Putin’s Support of Syria Is Okay for Israel 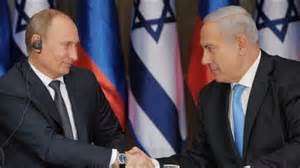 Even at the risk of overstating the point, Russia has an increasingly more accommodating stance toward Israel than most people realize. One reason for this is Russia’s claim to support political systems that defend their citizens. Edward Luttwak, writing in Tablet, sang Putin’s praises for his “defense of his friends” and criticized the Obama administration for abandoning their partners every time the police shoot at a protester. Putin supports Syria surely because he wants to keep his base at Tartus, but he also wants to establish Russia as a friend who can be counted on.

Putin expresses the same sensibilities about Israel – he respects their right to defend themselves. The more general and encompassing relationship between Russia and Israel is accommodating even though there is a history of contentious disagreement. The Soviet Union did align themselves with Arab nationalist governments and Israel and the Soviet Union were estranged for many years. But they exchanged ambassadors again in 1991 and continue to have a certain amount of trade. Israel occasionally sends fighter-bombers over Syria to hit Hezbollah targets and Netanyahu and Putin have agreed to inform each other about flight plans. Think about this a moment. Russia has accepted Israel’s right to bomb in Syria when Russia has troops and equipment on the ground. That requires a fair amount of trust and cooperation.

According to Michael Katz in the Middle East Quarterly Putin has worked to upgrade Russia’s relations with Israel. There are numerous flights each day from Tel Aviv to Moscow and a large Russian population in Israel. Still, we can’t be too sanguine about this because serious differences remain. Moscow supports Iran’s nuclear development and provides many of the construction contractors. This support for Iran is certainly puzzling because Russia may be a practical political system, but it clearly opposes and objects to ISIS and all the efforts to establish an Islamic state be it Sunni or Shia. Stopping the Islamic state, a goal he shares with Israel, is one of its stated justifications for its Syrian support.

Russia has had its own problems with the Chechnyans and can sympathize with Israel’s struggle with Palestinians and Jihadist Islam. In fact, the declaration of “no negotiations with terrorists” is probably the most characteristic statement that binds Israel and Russia. Putin has pointed out the similarities between the Israeli conflict with the Palestinians and Russia’s with the Chechnyans and this has translated into mutual sympathy. But is sharing terrorism experiences sufficient to move the Russians more toward Israel? I think not. Katz in the article referenced above believes a more recent Russian pro-Israel attitude is the result of Putin’s personal preference. Putin has a deep dislike for the Chechnyans and believes they have no justification for complaints against Russia. He refuses to recognize their complaints or negotiate with them. Couple this with Israel’s general agreement and sympathy for Russia’s stance toward the Chechnyans, and you have the makings of a common enemy resulting in Israel-Russian alignment.

In the end, the relationship between Russia and Israel will remain as complex and multifaceted as the situation in Syria. Israel is certainly gratified that Russia is bombing ISIS targets and considers them a threat. But, on the other hand, Israel has no sympathy for maintaining the Assad regime and will never align with Russia on this matter. Then again, to make matters even more confusing, Russia is attacking militias some of which are supported by the United States – a great friend of Israel.

Before you know it the United States will be siding with its enemy Iran (Shia Muslims) against ISIS (Sunni Muslims) and asking the Russians to stop supporting Alawite Muslims (the Assad regime) and join with the United States and Iran to fight ISIS, while Israel sits safely on the sidelines. Wait a minute! That’s what’s happening now.

Posted on October 11, 2015, in Communication and Conflict Resolution and tagged Chechnyan's, Israel, Russia, Syria. Bookmark the permalink. Comments Off on Why Putin’s Support of Syria Is Okay for Israel.