Obama’s Communication Problems: His Strengths Get Defined as His Weaknesses 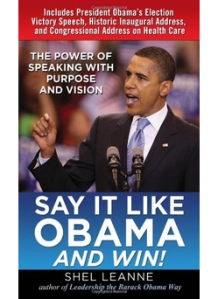 President Obama continues to make steady progress on foreign policy issues but, of course, gets no credit for it. Part of it is his own fault because he is always been better at policy than communicating about it. Although his campaigns for the presidency were brilliantly executed and finely crafted with respect to statistical models and winning pathways to the office, he falters when it comes to explaining himself and flooding the media environment with meaningful images and language that “sell” a policy. True enough, we are currently trapped in a maze of Republican attacks and the message environment is full of critical commentary designed to fulfill campaign needs more than anything else. If you did nothing more than follow the Republican primary debates you would think the President was a pathetic bumbling fool. But that is certainly not the case.

For starters, and this is one of the more egregious failures of the president’s team, those critical of the President have been able to control the meaning of his foreign policy by taking the President’s qualities of patience, diplomacy, and thoughtfulness and turning them into weaknesses. It’s a perfect foil for a candidate like Trump (and Rubio and Cruz) all who take macho stances and believe they must come off as “tough guys” who are not going to take any guff from anyone. While the president is solving problems and stimulating relationships, the Republican presidential candidates are making statements that are irresponsible and indicative of their ignorance of foreign policy. I realize this is campaign rhetoric but it does influence the message environment and the White House and Hillary should recognize that a steady diet of these messages is debilitating to the health of Obama’s legacy and Hillary’s campaign.

President Obama is skillfully resetting relationships with Iran and Cuba but the President’s enemies remain in control of the message and its interpretation.

The nuclear deal with Iran was a historic piece of talented negotiation between two religious and political cultures that could not be more distant and separate from one another. You could not find two cultures – the US and Iran – more recalcitrant when it comes to talking to one another; yet, the deal was made and even the carnival barker Donald Trump using the principles of his shallow and simplistic book “The Art of the Deal” could not have done better, his bluster about his own experience making deals notwithstanding. If the future of the treaty with Iran is fragile then it is only because Congress is so hostile to Iran.

And President Obama’s trip to Cuba on March 21 will make him the first sitting U. S. president to visit Cuba since Calvin Coolidge. This normalization of relations with Cuba is long overdue and certainly will not happen during a Rubio or Cruz presidency as they continue with their counterproductive and stereotypic categories for Cuba as a Castro controlled communist state that can never redefine itself.

The power of regular communicative contact has been apparent in the relationship between Secretary of State John Kerry and the Iranian Foreign Minister. They have been talking recurrently and rumor has it they have formed a strong personal relationship during the negotiations. Tyler Cullis writing in Foreign Affairs (March 7, 2016) explains that the US sailors who accidentally drifted into Iranian waters would not have been released so quickly and easily had it not been for the relationship between Kerry and Minister Zarif. This is a success for the Obama administration and should be understood as such. But instead the administration allowed its Republican opposition to characterize it as an embarrassment and an example of disrespect for the United States.

Obama has taken important historic steps to form long-term relations with Iran, Cuba, and other countries, and must be praised for his patient and persistent diplomacy.

Posted on March 15, 2016, in Peace and Conflict Politics and tagged Diplomacy, Iran. Bookmark the permalink. Comments Off on Obama’s Communication Problems: His Strengths Get Defined as His Weaknesses.