← Obama’s Communication Problems: His Strengths Get Defined as His Weaknesses
The Sunni-Shia Divide and Modern Consequences → 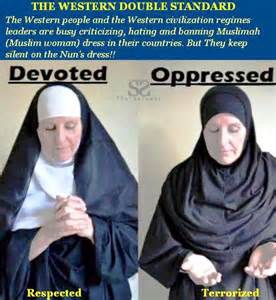 I know, I know. Dichotomies like the ones below are typically exaggerations and overly simplistic. But such distinctions also represent the real world of how people think. And even if differences such as the ones below are not perfect, they are the sorts of differences that must find their way into solutions. These distinctions also necessarily simplify issues and make them more manageable. Besides, they are better than the cartoonish “Clash of Civilizations.”It is simply true that two cultures such as Islam and the West do not share universal standards of argument and reasoning. It is not that they are incommensurate, but they are sufficiently different such that certain points of articulation must be discovered and addressed. Moreover, the religious versus the pragmatic traditions of the East and West respectively make for numerous points of disagreement.

A Islam-West conflict will be considerably different than other international relations conflicts, which might be more subject to rational negotiation and decision-making. But any conflict between an Islamic and Western tradition will be filtered through identity and made more difficult and sensitive by identity. A conflict will always have to recognize the centrality of identity issues and find ways to manage them.

Differences between Islam and the West with Respect to Conflict Resolution

In my book “Fierce Entanglements” I cite 20 of these dichotomies but have only a few here for the sake of brevity and space. I think issues such as these deserve attention and I find that they get relatively little. One of our conundrums is that we currently live in an age of tremendous cultural difference recognition. Subgroups in a society demand recognition of their distinctiveness and the right to practice their culture even though it is at odds with the dominant culture. As a society, we increasingly take great pleasure in pointing to cultural differences.

But we’re much more hesitant when it comes to actually recognizing those differences legally and morally. When we generalize or categorize another culture we are quickly reprimanded and reminded of exceptions and variations. So, I do not know if all the distinctions referred to in the table above are justified, but they do represent a common template and for starters are worthy of discussion.

What do you think?

← Obama’s Communication Problems: His Strengths Get Defined as His Weaknesses
The Sunni-Shia Divide and Modern Consequences →